Welcome From The McLaughlins

When Kevin & Sophie McLaughlin became the owners of Hockey Opportunity Camp in 2004, the vision for the enduring legacy of the camp was renewed.

Like many passionate entrepreneurs, Sophie & Kevin McLaughlin put their money where their heart is.

Throughout his childhood years, Kevin's family cottaged on Eagle Lake. In 1981 he became a camper, graduating to staff in 1989. From that point on, he knew what his long-term goal would be: to ensure that this place, which meant so much to him, endured for generations to come. Kevin and Sophie became the new owners of Hockey Opportunity Camp in 2004.

The rest, friends, is history. 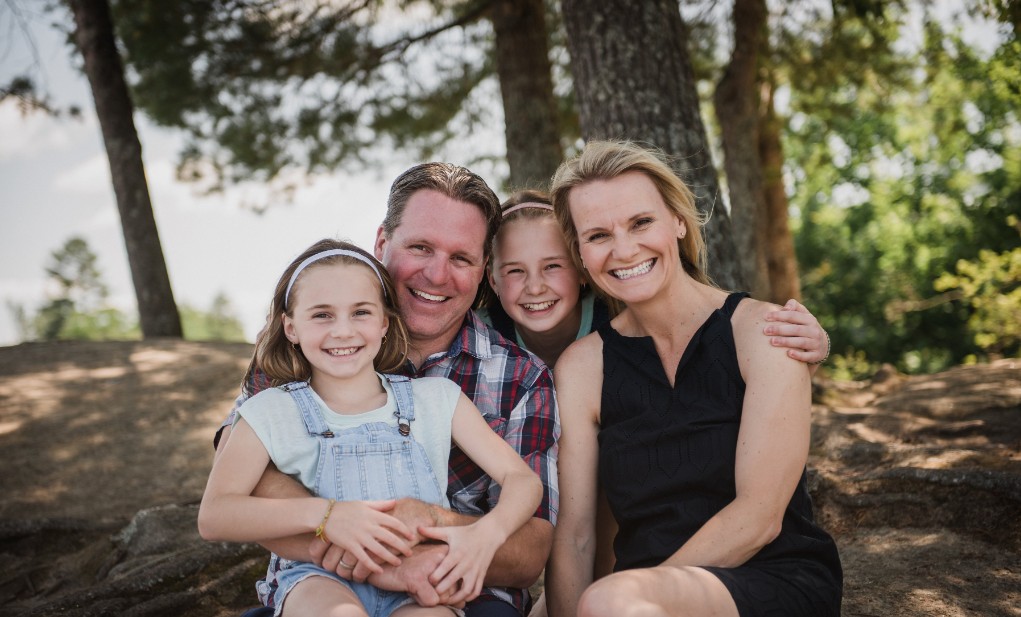 Kevin brings to HOC a vast array of knowledge, skills and experience garnered from his time spent at camp, university, playing and coaching hockey, as well as in business.

Having cottaged on Eagle Lake all his life, Kevin spent his first summer at HOC as a shy and homesick camper at the age of seven. He quickly grew to love camp life and eventually spent 11 summers on staff in various instructional and supervisory positions before purchasing the business in 2004.

Kevin graduated with a Bachelor of Recreation Management degree from Acadia University in Nova Scotia.

He played varsity hockey throughout university and was part of the CIAU National Championship winning team in his graduating year.

Kevin’s dedication to hockey includes many years of coaching both boys and girls at a competitive level. His coaching experience includes boys Bantam and Midget AAA teams in Oakville, as well as the Mississauga Ice Bears, formerly a team within the Women’s National Hockey League.  Kevin now coaches his daughter Lauren in the Oakville Hornets organization.

Prior to HOC, Kevin built a career in marketing, selling technology software solutions in Toronto, Calgary and Dallas, Texas.

Kevin's decision to leave a successful career is a testament to his commitment and desire to enhance the experiences of young children and their athletic interests through sport.

While growing up in Toronto, Sophie’s personal affinity to sport and recreation helped steer her interests as a youth, as well as her chosen education and professional career. She spent summers working as a counsellor, instructor and program coordinator with Toronto Parks and Recreation.

While maintaining an active role in recreational sports, Sophie pursued a Bachelor Degree in Kinesiology and a Sport Management Certificate at York University in Toronto.

Following university, Sophie went on to work as an Event/Project Coordinator for the Ontario Physical and Health Education Association for 4 years. Her experience grew to include other not-for-profit organizations, charities and corporate business.

Before coming to HOC, she spent a number of years as a Corporate Event Planner. She built her organizational and administrative skills while managing business meetings and incentive programs throughout the world. Sophie’s passion for sport and diversified business knowledge are the key ingredients that she now contributes to HOC.

Just like the pros, it is important to keep your puck handling skills fresh every chance you get. HOC's Coach Keith, David & Josh are going to show you how.